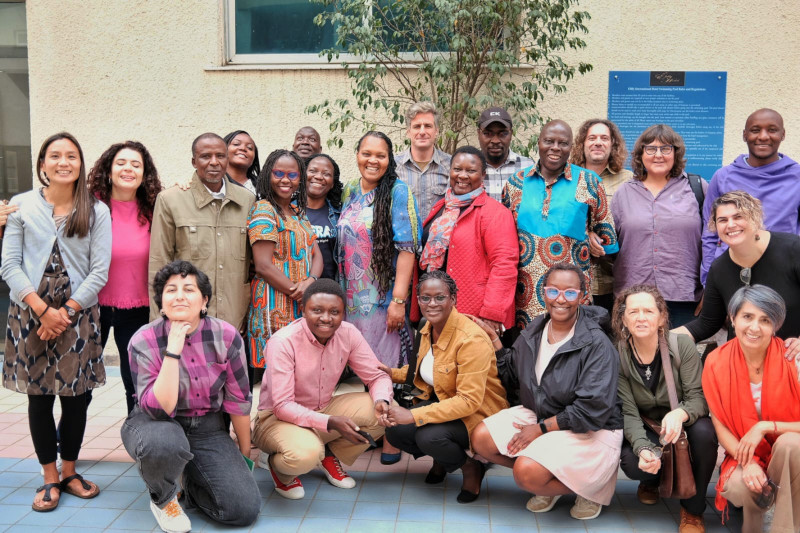 “For the freedom of Expression to be preserved, there is a need to look deeply into and tackle the deliberate misogyny and hate speech that is fast manifesting through gender misinformation” this is according to Ms. Irene Khan, Special Rapporteur on the Promotion and Protection of the Rights to Freedom of Opinion and Expression.

Speaking during the APC members’ consultative meeting, Ms. Khan emphasized the need to contextualize such attacks, build resilience in communities to identify and counter those attacks and pay greater attention to internet companies whose objective is rooted in profit making, oblivious of the unintentional destruction caused to human lives.

The Association for Progressive Communication (APC) members in Africa held a consultative meeting on the sidelines of the 17th Internet Governance Forum (IGF) that took place in Addis Ababa, Ethiopia between 28th November and 2nd December 2022. The overarching theme for the 17IGF was “Resilient Internet for a Shared Sustainable and Common Future” The team explored ways of addressing online gender-based violence (OGBV) alongside other thematic areas identified as key by APC https://www.apc.org/en/pubs/apc-priorities-2022- during the Internet Governance Forum.

During the meeting it came out that in responding to increased cybercrime and online attacks, many African countries have enacted requisite laws to contain rising cases. However, the language contained in the various laws focuses more on the medium used than the victims. For example, Kenya’s   Computer Misuse and Cybercrimes Act do not give a clear definition of Online Gender Based Violence-OGBV and how the law will be enforced. – instead, it focuses on electronic gadgets that are used to commit the crime. The same applies to the amendment bill before Parliament that seeks to equip law enforcement agencies with legal and forensic tools to tackle cybercrime. During deliberations at the Addis meeting, the Africa Commission on Human and Peoples’ rights Resolution 522 was cited as one of the documents that come close to giving clear and practical definitions to OGBV including redress mechanisms.

Gender disinformation is a form of violence against women that is coordinated and robes women of their dignity and humanity. The attacks are often stereotypical and misogynistic to deliberately intimidate women and silence the critical voices of women.

The responsibility to protect the freedom of expression lies with governments through the enactment of laws that ensure safe use of available spaces. This can only be achieved if governments prioritize internet use as a public good with its use harmonized to reflect national and human values.

Civil society organizations like IAWRT Kenya (https://iawrt.or.ke/2022/09/28/capacity-building/) which are working closely with other APC partners have identified the gaps in digital literacy and mounted digital safety training for women journalists and female journalism students in public universities in Kenya.

Anriette Esterhuysen, an APC Associate recommends a people-centered, bottom up and impactful approach that compels internet companies to harmonize their roles to reflect human values.

Sadly, monetization of digital platforms is still riding on dehumanizing women through online gender disinformation. There is therefore urgent and deliberate need to embed safety and security features in the software that runs on various online platforms in order to shield women from online attacks.